CollegeHumor comic and writer Ryan Creamer has gone viral on Pornhub—though it’s not what you think.

Not all heroes wear capes pic.twitter.com/C03TucGGYv

The 26-year-old started a channel several months ago where he began uploading videos of himself, fully clothed, performing super wholesome acts. The videos are titled things like ”I Do The Dishes Without Being Asked,” “I Give You My Jacket Because You Are Cold,” “I Blow You A Platonic Kiss,” and “I Deliver You a Pizza and Don’t Put My Weiner in It.”

Creamer told BuzzFeed News that he has been uploading the videos for his own amusement and hoped users on the site “could stumble upon his videos as a break and a departure from the usual content.”

His first-ever video—”I Tuck You in After You Have Cum”—is as loving and wholesome as it sounds. 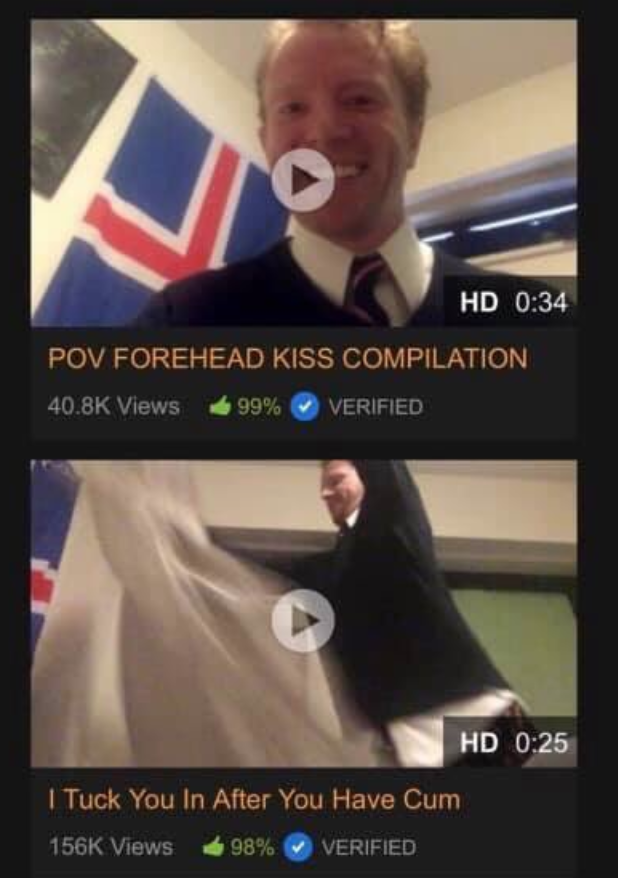 “It was notreally preplanned. I had an idea for the first video…that was the only idea that I had,” he told the publication. “Within a couple days, it got big on Reddit.” He’s also been receiving kind messages from users telling him they find his videos to be “super supportive.”

“I get a lot of messages being like, ‘hey, this just made me feel good,'” he said.

“It can come across like I’m making fun of sex workers, but everyone who is in this industry has been so, so nice. That’s made me feel really good,” he said.

thank you to all who watch my videos and for all the lovely comments pic.twitter.com/muqL8GxM3a

He told BuzzFeed News that it wasn’t his intention to blow up the way he did. “To be honest, there hasn’t been a huge strategy behind it. I didn’t think it would have this kind of response,” he said. “It’s a duo feeling, like I am hoping it leads to opportunities, but additionally, it’s making people feel good.”

This Firefighter’s Viral Obituary Is Equal Parts Hilarious And Heartwarming

Instead Of Vandalizing, These 3 Drunk Dudes Fixed A Bike Rack On Their Way Home From The Bar

Connect
Love good news? Get it delivered straight to your inbox!